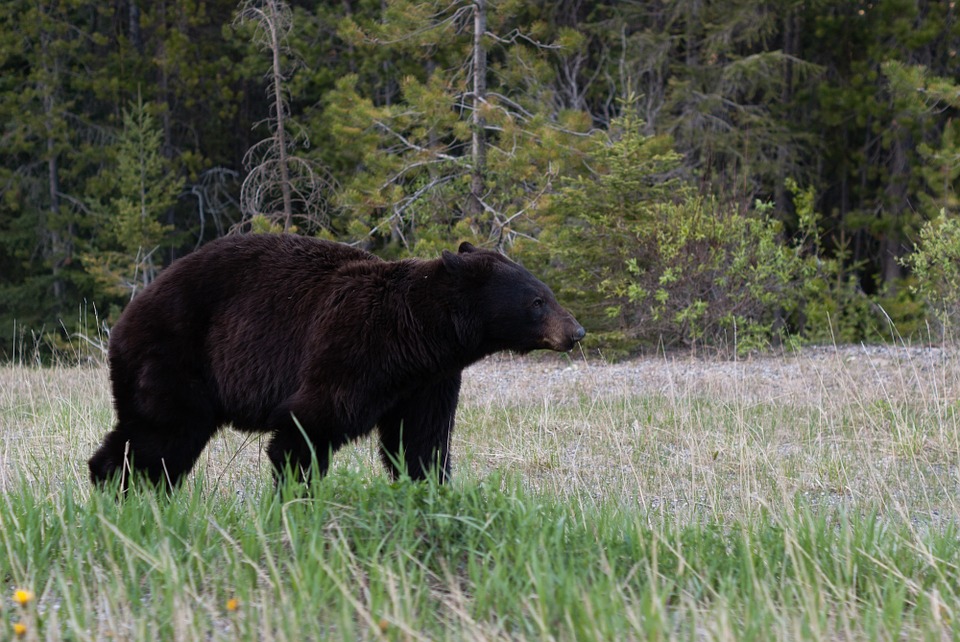 If you haven’t tried black bear hunting, these bulky black beasts will give you a thrill that’s tough to compare to a typical whitetail hunt. There is just something about hunting a carnivore that gets your blood pumping. The great thing about a black bear is they are spread all over the United States and Canada, are a reasonable priced hunt, and normally are not an extremely physical hunt.

In my experience, a great way to start hunting for black bears is by finding an outfitter that hunts for bears over bait. Although you don’t have the fulfillment of back breaking hikes and spotting and stalking the animal, hunting over bait presents challenges of it’s own.

Normally the baiting begins before the season opens with sweets such as donuts, marshmallows, or any other sweet smelling tasty foods, supplemented with more fulfilling items such as dog food or meat scraps. Many outfitters will find an available supply of reasonable priced or soon to be discarded food and begin putting it out for the bears before hunters arrive. The bears grow accustomed to the food supply and often return year after year to the same area, sniffing around for the smell of sweets and a free meal.

The hunting is usually done from an elevated stand shadowed by the darkness of timber with an effort to keep it on the downwind side. In my opinion, the wind isn’t a huge factor as long as the outfitter doesn’t go to great lengths to remain scent free when he is refreshing the bait. The more human scent he leaves when refreshing the bait, the better in my opinion. Once the bears grow used to the scent, they are not as spooked when they do catch the smell of a human near the bait. Granted this doesn’t work very well if you begin baiting several days before hunting, but if you give the bears some time, they will grow more accustomed to the human scent.

One of the biggest difficulties is sitting in a stand hour after hour and trying to remain quiet and with very little movement. Some people (often women more than men) have a knack for this skill, but personally this is a grueling workout for me. To complicate matters, many times the areas where black bears flourish are thick with mosquitoes during the late spring, as well. Even if you are covered from head to toe with mosquito proof netting, they find a spot to reach you ,or never let you rest with continual buzzing in your ear. For me, it’s nearly impossible to remain still with these pestering bugs swarming the entire time. Black bears are extremely weary of odd sounds or movement, so this is a necessity. Occasionally you will hear a bear coming to stand, but many times, sight will be your first contact with a bear. Keep still and quiet and you will have a good chance at killing a bear. One option to slow down the mosquito swarm is a Thermacell. They are quiet, relatively scent free and do a fairly good job of keeping the mosquitoes at bay.

The second challenge is keeping your calm. When a bear comes into the bait it is very tempting to rush the shot. Bears are extremely difficult to judge, but if you spend a little time, you can often tell whether it’s a male or female. Males are blockier with a square face and often a sagging belly. You don’t want to shoot a sow with cubs and boars are normally larger, so take the time to judge the bear. A great reference for judging bears is watching some bear hunting videos before you go. I recommend Cave Bears on the Pacific Rim by Jim Shockey. There are numerous black bears taken on this video of all shapes and sizes. Another very important factor is placing the shot in the right place. I’ve found it’s easy to shoot a bear too far back. Be patient and wait until the bear has his front leg angled forward toward the front of his body. Place the shot right as you would on a deer, just behind the shoulder. Don’t take the shot if he is in an odd position or his leg is vertical with the ground. You may miss his vitals and have an injured bear on your hands. They will head for deep dark cover and it’s no fun tracking an injured bear.

The main thing is to get out and have some fun. Black bears are exciting to hunt and hopefully you’ll have a beautiful bear rug when you return.

The author, David Dukat has hunted around the country and been on some great western hunts, learning the hard way how to make the hunt as memorable as possible.