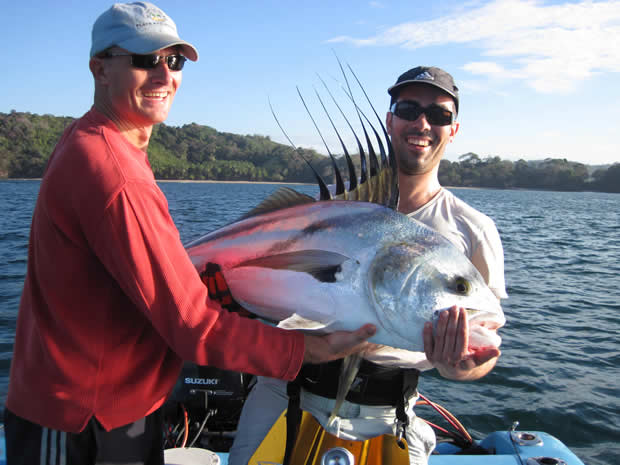 Located off the Pacific Coast of Panama, Coiba Island is part of the province of Veraguas and the district of Montijo. At 503 square kilometers (194 square miles), Coiba Island is the largest island in all of Central America.

Coiba was originally home to the Cacique Indian tribe until Spanish settlement and conquest circa 1560. The island remained largely uninhabited until 1919, when authorities built a penal colony on the island. The colony was known and feared for its brutality and was finally closed in 2004. The entire island was declared a national park in 1992. In 2005, the United Nations Educational, Scientific and Cultural Organization (UNESCO) declared Coiba Island a world heritage site.

Coiba’s isolation and lack of development has led to the evolution of distinct species of flora and fauna. Subspecies unique to the island include the Coiba Island howler monkey, the Coiba agouti and the Coiba spinetail. It is also a haven for the scarlet macaw, a bird species endangered in the rest of Panama.

Coiba also has a unique ocean topography that has led to population by rare species of fish and underwater mammals. Coiba is linked to the Galápagos Islands by the underwater Coco Ridge mountain chain. This protects the island and the surrounding waters from the effects of El Nino. As a result, the waters host several species yet to be discovered or classified by humankind. To date, scientists have found more than 760 different species of fish, including Snapper, Amberjack, Barracuda and three types of Marlin.

Fishing Coiba Island an angler’s dream. The waters host abundant schools of some of the most exotic game fish in the world. If you decide to fish in Coiba while in Panama, there’s a good chance you will catch something that you have never seen before. Roosterfish, Cubera snapper, Wahoo, Snook and Pacific Tarpon are some of the species that you can catch when you fish Coiba. You also can find plenty of the staples of sport fishing like Black Marlin and Yellowfin Tuna. Fishing Coiba is a Panama experience that you won’t forget.

Hannibal Banks is a sea-mount located approximately 20 miles west of Coiba Island. It was named after the USS Hannibal, a converted steamship purchased by the United States Navy. The ship’s crew discovered the banks in 1914 while doing survey work for the Panama Canal.

The Hannibal Banks rise sharply from the ocean floor from several thousand feet to just over a hundred feet deep. This creates a strong “up-welling” of the ocean currents which results in cooler, deeper and more nutrient-rich water replacing the surface water. The constant replenishment of the water with nutrients attracts smaller baitfish. The baitfish, in turn, attract large numbers of sport trophy fish.

The abundance of these big game fish makes the Hannibal Banks one of the most popular sport fishing destinations in the Western Hemisphere. Commercial fishing is strictly prohibited, and the Panamanian military takes aggressive enforcement against violators. Most of the Panama sport fishing charters cooperate with the government by reporting any illegal activity. As a result, the Hannibal Banks maintains its abundant supply of sport fish despite the fact that fishing in Hannibal Banks has become more popular over the past twenty years.

If you are looking for big game such as Marlin, Sailfish or Yellowfin Tuna, the Hannibal Banks is a mecca for these fish. The months of December through April are when these fish are at their peak, but the Hannibal Banks is sufficiently populated that you can still get a great catch during the off season. “Fishing season” is a relative term here, with abundant supply year round.

Whether you want to go fishing at Coiba Island or fishing at the Hannibal Banks, El Rio Negro Sport Fishing Lodge will create an experience that you will always remember. If you have any questions, please contact us. We will work with you and your group to create the perfect sport fishing package that will create memories for a lifetime.